Use this guide if you are interested in learning about the Drexel family.

If you have questions about this guide or the Drexel family, please email the University Archives at archives@drexel.edu and an archivist will be in touch. We look forward to helping you with your research.

Find out more about the Drexel University Archives.

This guide was created by Molly Reynolds, Project Archivist and Coordinator for the Drexel Family Digital Archive. 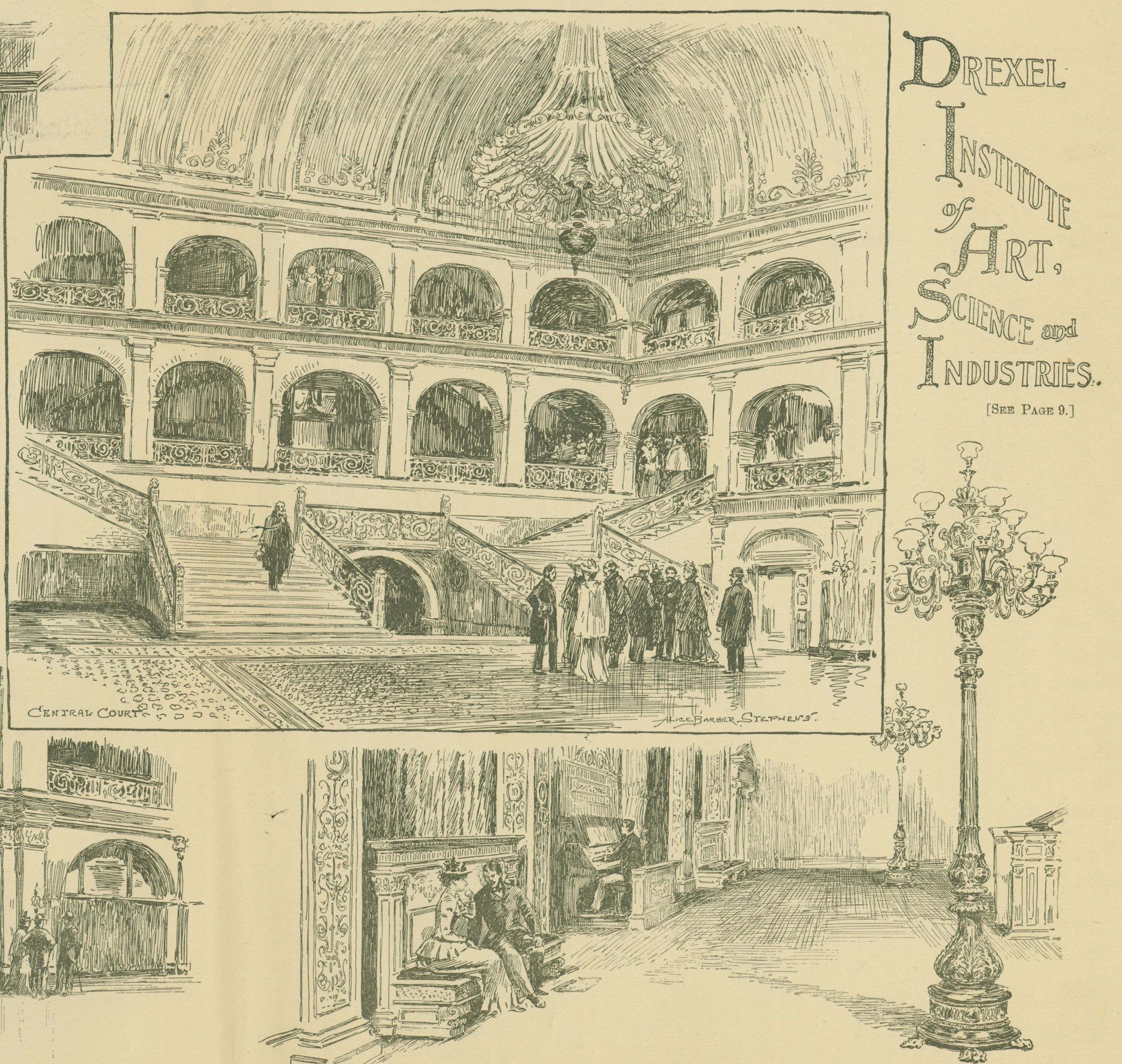 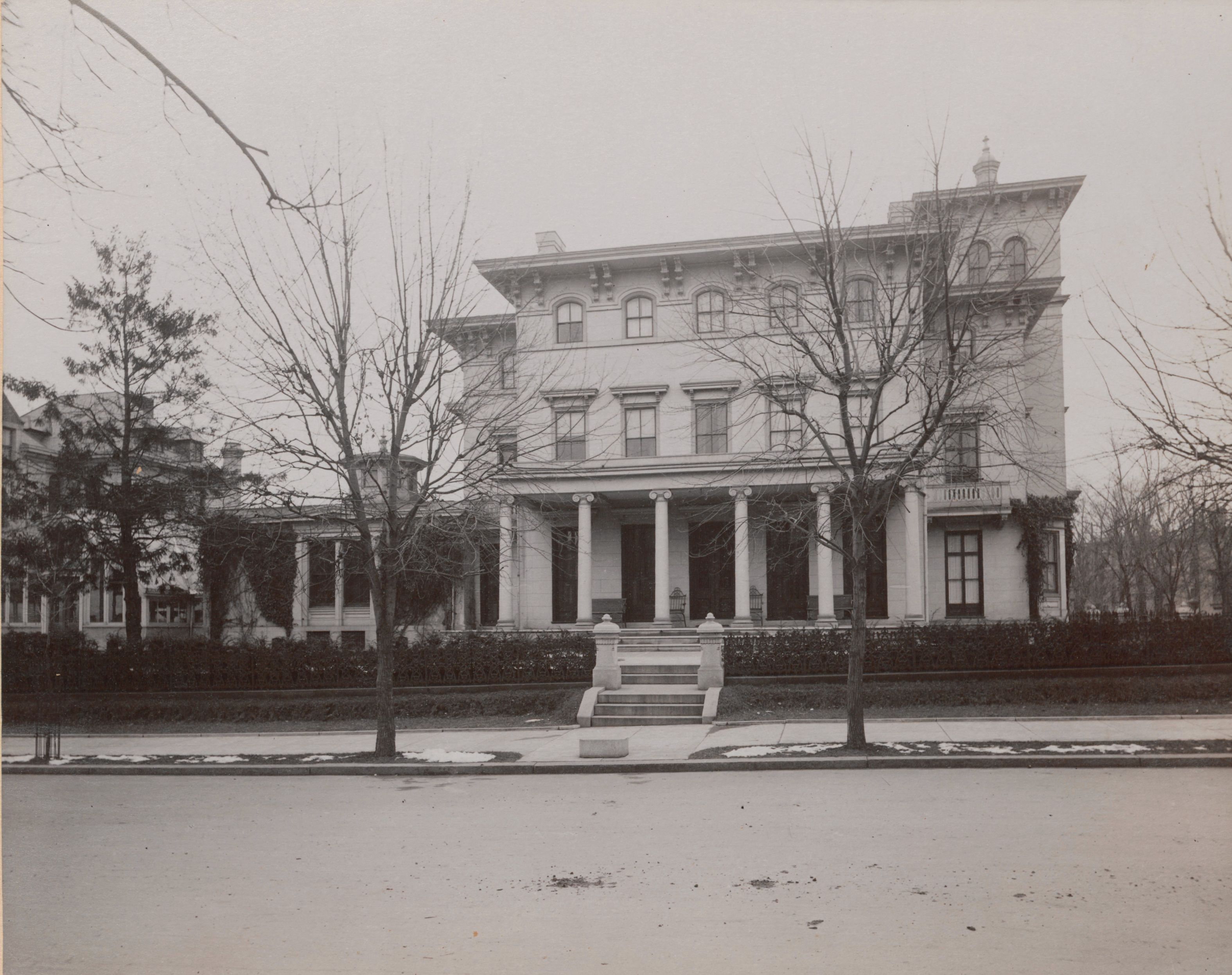 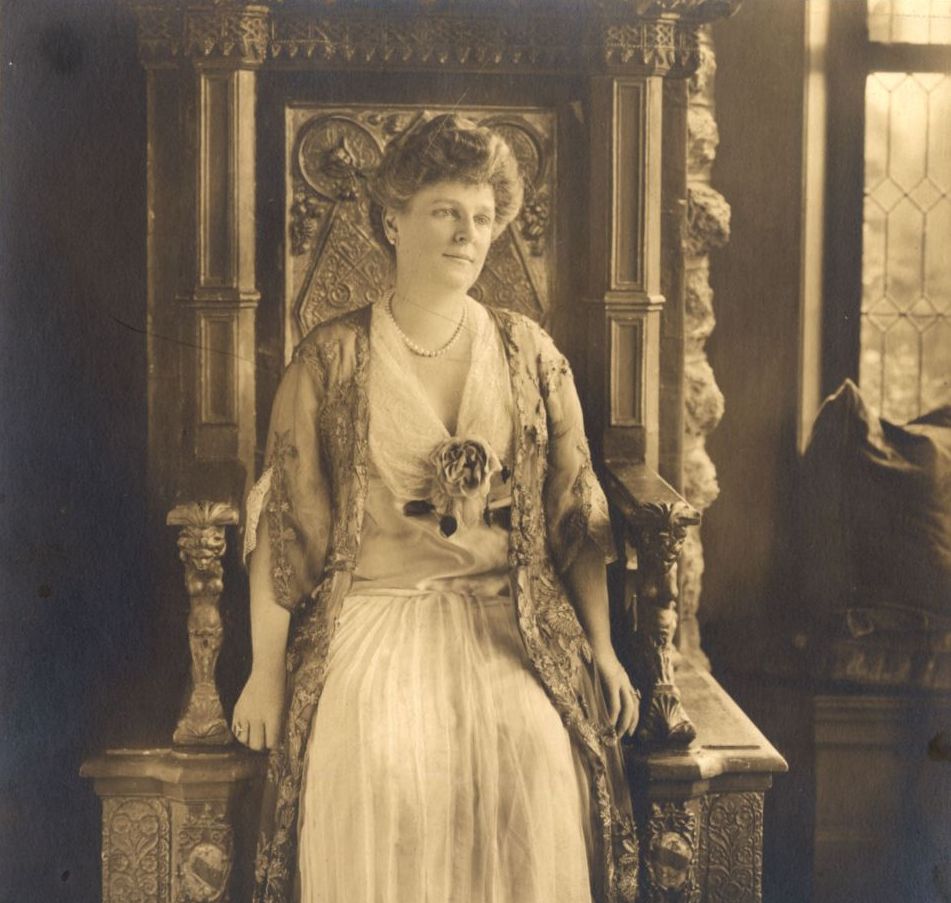 These featured photos all come from MC.00.001 the Drexel Family Collection. Left to right: Detail of an illustration of the Drexel Institute published in Harper's Weekly, Jan. 2, 1892; Anthony J. Drexel's home on Walnut Street in West Philadelphia, circa 1890s; portrait of Sarah Van Rensselaer, daughter of A.J. and Ellen Rosét Drexel, circa 1910.

This research guide provides information about the Drexel family and related collections in the Drexel University Archives and other collecting institutions. Researching the Drexel family and creating inventories of family-related materials in the Drexel University Archives has led to discoveries and connections that researchers may find useful. Because Anthony J. Drexel destroyed his personal papers and because of the way that Drexel family material has been widely distributed across repositories over time, this research guide is a valuable local source of information.

Users can navigate the guide using the menu on the left-hand side of this page. "University Archives" includes a curated list of Drexel University Archives collections which contain Drexel family material. "Drexel Family Genealogy" includes a family register that is periodically updated, as well as digitized family trees created by Drexel family members on the occasion of the 1991 family reunion. "Other archives with Drexel family material" is a list of other archives and special collections with material related to the Drexel family members. There is a current effort to confirm that these materials are still held by the repositories, and confirmation is noted along with the repository.

Francis Martin Drexel (1792-1863) was an Austrian painter-turned-banker who founded a currency brokerage firm in Philadelphia in 1838. Drexel expanded his business through the 1840s by trading currencies and dealing in the gold market. By the time he brought his three young sons into the family business, his rebranded firm Drexel & Co. was operating as a private bank. Because the United States lacked a national bank, private banks accumulated wealth by investing in new industries and the sale of war bonds. Drexel & Co. was heavily involved in financing the Mexican American War, the American Civil War, and the burgeoning railroad industry.

Anthony J. Drexel, Francis Drexel’s middle son, was the de facto leader of Drexel & Co. when his father died in 1863 and expanded partnerships with firms in London, Paris, and New York. He mentored John Pierpont Morgan and the two established the New York firm Drexel, Morgan & Company in 1871. Anthony J. Drexel spent the last decade of his life formulating plans for an industrial school with a mission to provide affordable vocational education in Philadelphia. His legacy exists in Drexel University, founded in 1891 as the Drexel Institute of Art, Science, and Industry.

Over time the Drexel family created unions with wealthy and influential American families (including Biddle and Duke), and their papers reflect their social prominence during the 19th and 20th centuries. The descendants of Anthony J. Drexel and his siblings brought further recognition to the family through their political and social activities. Anthony Joseph Drexel Biddle, Jr. (1897-1961) had a long political career with both the State Department as ambassador and the Army as a lieutenant colonel, joining Eisenhower’s staff in 1944 and providing crucial contacts for the Allied invasion of France. Mary Astor Paul (1889-1950) served as the president of the American Aid Society in Paris and was active in the French resistance. Katharine Mary Drexel (1858–1955), who founded the Sisters of the Blessed Sacrament in order to establish missions and schools in Native American and African American communities, was canonized as Saint Katharine in 2002.

The Drexel Family Digital Archive Project is an initiative to create an online digital archive documenting the legacy of Drexel University founder Anthony J. Drexel and his family. The project inventories and selectively digitizes Drexel family-related materials in multiple media, and presents digital surrogates of these materials along with interpretive content via an online exhibit. This is a collaborative project among the Drexel University special collections units with holdings that document the family: the University Archives, the Drexel Collection, the Fox Historic Costume Collection, and the archives of the Academy of Natural Sciences.