Who assigns NAICS codes to businesses and how?

"There is no central government agency with the role of assigning, monitoring, or approving NAICS codes for establishments. Individual establishments are assigned NAICS codes by various agencies for various purposes using a variety of methods.

The U.S. Census Bureau assigns one NAICS code to each establishment based on its primary activity (generally the activity that generates the most revenue for the establishment) to collect, tabulate, analyze, and disseminate statistical data describing the economy of the United States. Generally, the U.S. Census Bureau's NAICS classification codes are derived from information that the business establishment provided on surveys, census forms, or administrative records.

Various other government agencies, trade associations, and regulation boards adopted the NAICS classification system to assign codes to their own lists of establishments for their own programmatic needs." (source: U.S. Census Bureau) 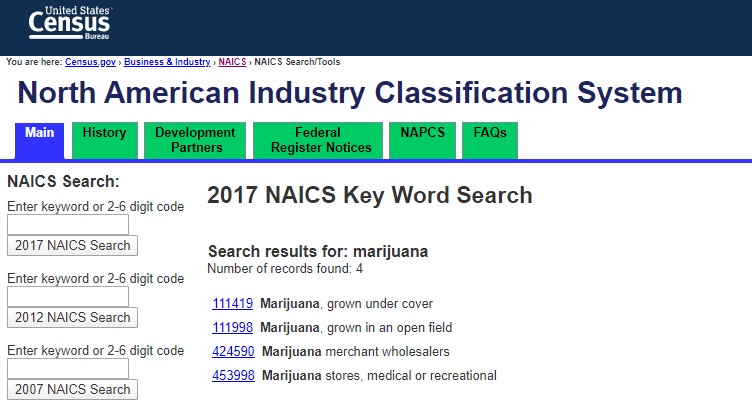 "Title 13, U.S. Code, Section 9 (a) prohibits the U.S. Census Bureau from disclosing individual company activities including NAICS and SIC codes." (source: U.S. Census Bureau) However: before its shares can be listed on a national exchange, such as the New York Stock Exchange, and traded publicly, a U.S.-based company must file an initial registration form for new securities, SEC Form S-1, with the U.S. Securities and Exchange Commission. The company must declare its primary SIC code on SEC Form S-1. Foreign companies issuing certain securities must file SEC Form F-1, which also requires provision of a primary SIC code.